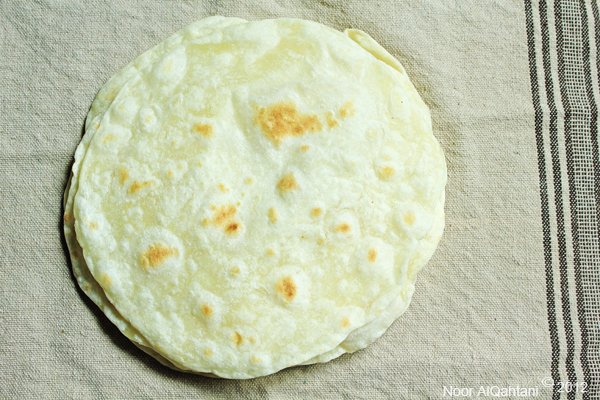 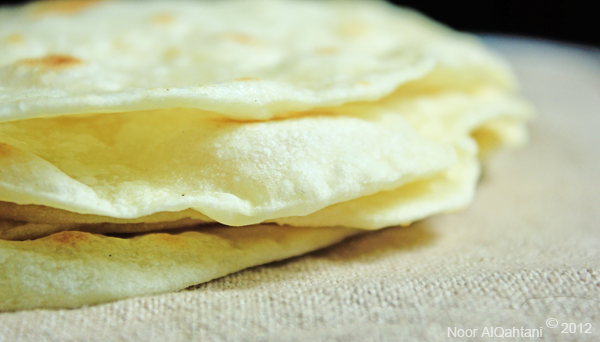 My grandparents own several properties in our small town back home in Tennessee and during the summers a lot of Mexican families would move in while they worked at the local Strawberry fields. I was probably about five or six and had made a great friend named Maria who was a few years older than I was. We had been playing all day and she said lets go to my house and I will make us some tortillas. I had no idea what they were but I was excited to try something different that my friend ate. We went into her house and she whipped up a stack of tortillas and we ate them all up.  I loved them and for years went on and on about them. Finally several years later a Mexican restaurant opened up and I was able to enjoy many more dishes that I loved. We have many Mexican Americans in America, were truly spoiled because they can throw in down in the kitchen.


Making flour tortillas at home is really simple and all you need is a few basic ingredients. The real Mexican tortillas are made with lard but most people use shortening. I am sure you could use oil if that is all you have but I have never tried it and it’s not authentic. Making tortillas is a lot like making Arabic Pita Bread, it’s actually identical in terms of how you shape but the tortillas are rolled very thin. Letting your dough rest after kneading is mandatory to keep the gluten in check also if you find your dough retracting it’s because you did not allow it to rest or you’re not using enough four on your rolling board. Make sure you use a cast iron skillet (a Southern and Mexican must) when cooking your bread. For storage use a plastic bag, it keeps them soft and bendable.

1. Combine the flour, baking powder, and salt. With your hands cut in the shortening until the mixture is crumbly. If the mixture looks more floury than crumbly, be sure to add just one or two more tablespoons of shortening till it is crumbly. Add about 3/4 cup hot water to the mixture, or just enough to make the ingredients look moist.

2. With your hands knead the dough. In a plastic bowl add the dough into a ball and brush top with oil and cover with a dish towel. Allow to rest for 20 minutes.

3. Take the dough, and pull apart into 10-12 balls. Lightly flour your rolling area, and roll each ball with a rolling pin to about 1/8 inch thickness.

4. Place each tortilla on a medium hot cast iron skillet. Cook for about 1 to 2 minutes on each side.

*recipe updated from 3/7/2009
Email ThisBlogThis!Share to TwitterShare to Facebook

Thank you all so much for your comments. Please remember this is a positive place so take all negativity somewhere else.